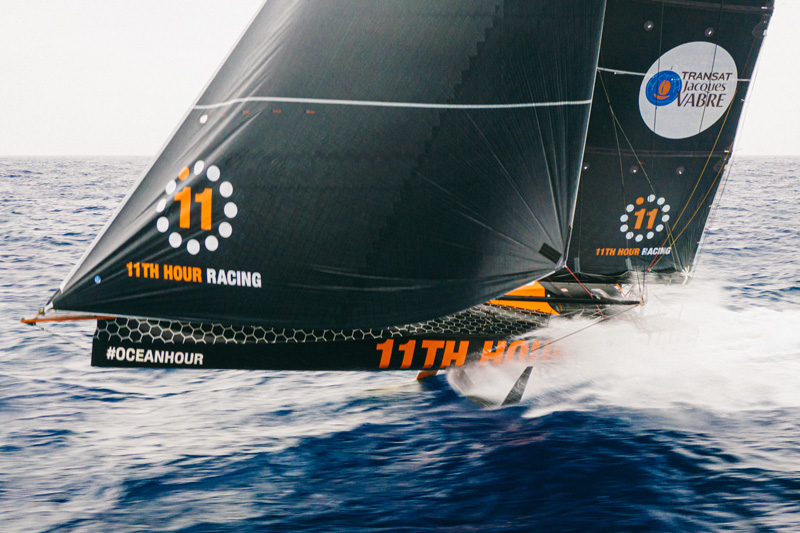 Launched in September 2015, 11th Hour Racing is an IMOCA 60 sailboat designed by VPLP/Verdier in France and built by Green Marine in Southampton. It was one of the very first hydro-foiling boats within the IMOCA 60 class. Allowing boats to “fly” – foils are designed to reduce drag and optimize speed by lifting the hull out of the water. In 2016, the boat finished second in the prestigious Vendée Globe round-the-world race.

The team took ownership of the boat in summer 2019, then completed an extensive overhaul and three months of training in France. 11th Hour Racing finished 4th in the double-handed 2019 Transat Jacques Vabre from France to Brazil. After four years on the water, 11th Hour Racing is still recognized as one of the fastest, most cutting-edge IMOCA 60 class boats in the world.